The StoneRidge Retirement Living journey from 1924 to the present day. 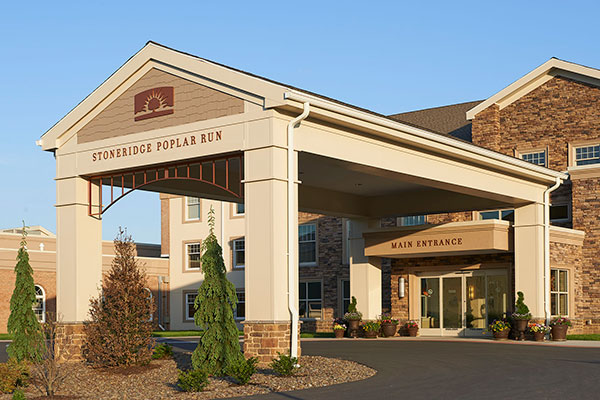 The journey to the present day StoneRidge Retirement Living began in 1924 when three individuals, Mr. and Mrs. Isaac Burd, and Mrs. Burd’s sister, Miss Kathryn Rogers, had a burden to provide care for the elderly and purchased a farm near Herndon, PA. In 1940, the “Home,” as it was known, was moved to Myerstown and was housed on the former campus of Albright College and became known as the “Infirmary.”

In 1960, construction began on a new residential complex and the campus eventually became known as the Evangelical Congregational Church Retirement Village (ECCRV). In 1974, the new 101-bed Mengel Healthcare Center was opened. In 1975, the Warfel Care Center was constructed to provide additional nursing and personal care beds. In 1985, the fourth floor of the Warfel Center was established as a specialized care unit for the treatment of dementia, Alzheimer’s disease and related disorders, the first of its kind in Lebanon County. In 2000, StoneRidge Village, a retirement community located nearby, was acquired. In 2008, the trustees voted to change the name from ECCRV to StoneRidge Retirement Living, with the original campus renamed StoneRidge Towne Centre and the StoneRidge campus name changed to StoneRidge Poplar Run. In 2014, after major renovations, StoneRidge Poplar Run was expanded and began to offer resort-style, independent living in a continuing care retirement community.

In 2013, Church of God Home in Carlisle joined the Stone Ridge family. It has a history that dates back to 1948 and operates as a continuing care retirement community. Schoolyard Square in Pine Grove joined the family in 2014. It is located at the former home of the Pine Grove School and was converted to a retirement facility in the mid-1980s. Schoolyard Square offers independent living and personal care options.